Media max: My bet on cyber security is paying off 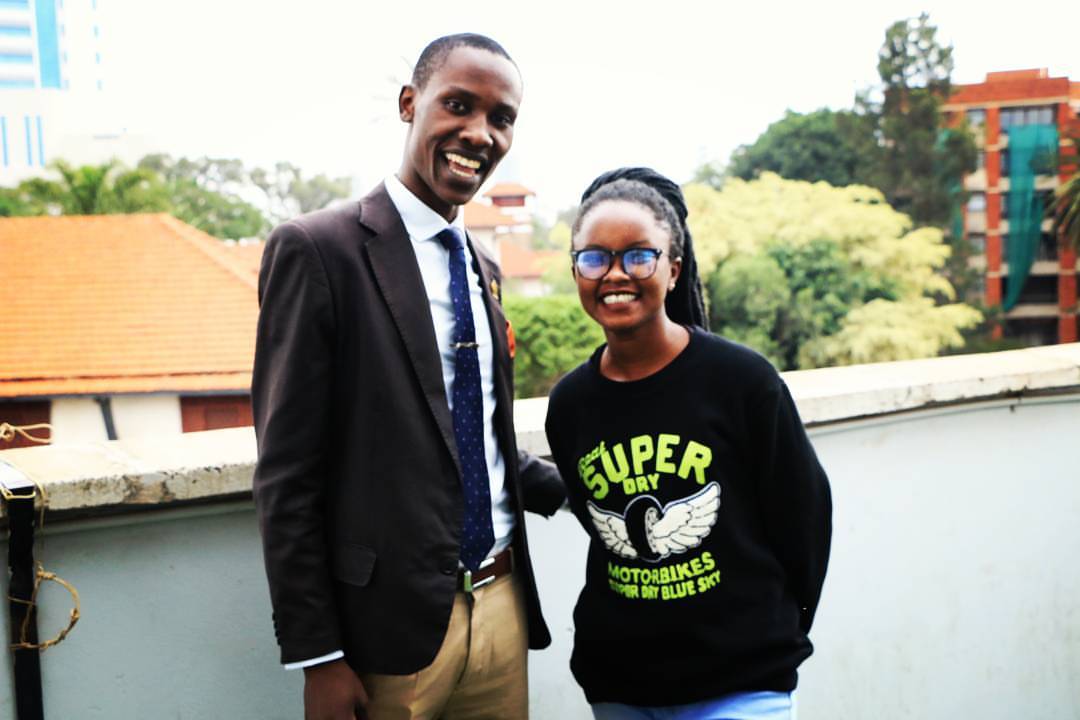 Washington Mageto started his business at a time when digital security was still an emerging issue. Today, it is a real threat

There are techpreneurs who start small and then they are those who start from scratch. Washington Mageto is in the second category. At the age of 18, after countless unsuccessful pitches to potential financiers, he decided to get together with five friends to actualise his dream. His mission was accomplished in 2013; two years after he put in motion plans to start his business, Mag-Tech-Inc.

“Both my parents are deceased. They passed away within an interval of five years and that made my life difficult,” he recalls. The 23-year-old man was born and bred in Nairobi and when his parents passed away, a clergy member in the church he was going to took him in.

“I was a bright child and a devout member of the church. He spotted me while I was still working in the graphics and IT department,” he says. It was while working there that he developed an interest in cyber security.

The concept of cyber security stayed with him from 2011 up to 2013. “I had a lot of self-doubt because at the time Kenya did have a fully developed digital security industry,” he admits.

Mageto could not have made a better decision. Today cyber security is increasingly becoming a problem, especially with the recent ransomware attacks such as wannacry virus and Petya encrypting ransomware attacks.

The Petya virus is attacking Windows operating systems by denying users access to data until a ransom is paid. Last year Kenya lost Sh18 billion ($US171 million) through cybercrime, according to a report by Deloitte. The report predicted that this year this cost could rise by as much as 30 per cent. Mageto’s skills in information technology were basic and he thought about advancing them and making a living out of it.

“I got sponsorship and was enrolled at Daystar University where I am a second year student pursuing a bachelor’s degree in Computer Science,” he says. When he shared the idea with his friends, they quickly embraced it and began by looking for repair, servicing, maintenance and websites creation jobs. At the time, it was all pro-bono or at a subsidised fee.

Mageto says they did so because it is important to build a portfolio before you take your business to the next level. “For half a year, our company needed office space because our clientele was increasing. It was time to grow it from the briefcase company that it was to a more tangible business,” he says. They approached the Daystar University management and asked for office space, which they used until they outgrew it.

“We are grateful to the Athi River Campus, it was our incubator,” he says. In 2015, Mageto moved to his current office in Kilimani to cater for his growing clientele.

“We were not only repairing and servicing, we were also installing home automation programmes from surveillance, access control to the home, carbon monoxide detectors as well as medical evacuation emergency protocols in homes and institutions,” he says. The much needed space would have not come at a better time as their assets had increased.

They had more surveillance machines, screens and needed an appropriate space to meet with their clients. “So far, we have had around 340 customers. Most of them contract us for security services for their homes and others for digital security in their firms,” he says.

The whole package from acquiring equipment to installation usually costs between Sh150,000 and Sh300,000,” he says. Mag-Tech-Inc has faced its fair share of challenges. “We meet clients who think we are too young to be entrusted with their digital security matters.

The information we get and secure is confidential. Earning trust is not a simple feat,” says Mageto, the Chief Executive Officer of the firm. They get most of their clients through referrals and their greatest achievement is bagging a real estate firm as one of their clients.

“We take pride in what we do. We are all tech-savvy and our job is our passion, helping people secure their information as well as providing protection for their homes is a great feeling,” he says.

In the next five years, Mageto hopes the firm would be a big player in the data security sector. “One day, we would love to be in charge security in institutions such as airports, high schools, cities, ports and even hospitals,” he concludes.